“Hazing”, from award-winning filmmaker Byron Hurt, offers a deeply personal look inside the culture, tradition, and secrecy surrounding hazing rituals in fraternities and sororities, sports teams, marching bands, the military and beyond. In the film, Hurt, who belongs to a fraternity himself, talks to members of Black and historically white Greek-letter organizations and other groups that practice hazing, and gives voice to survivors of severe initiation rituals and the families of those who lost their lives. Expertly weaving these first-hand testimonies with insights from violence-prevention experts, the film provides a nuanced and empathetic portrait of a culture that can confer a sense of belonging even as it too often leads to violence, sexual degradation, binge drinking, institutional coverups, and debased notions of manhood. “Hazing” is an extraordinary teaching tool for educators and advocates working to reform hazing culture and combat violence – especially those interested in intersectional, bystander-based violence prevention approaches.

“Hurt is uniquely empathetic to those who fall victim to group-think, and extends this grace to the viewer. Taking a stark look at the psychological, societal, and historical components of hazing, Hurt sparks a captivating conversation around the anxieties and expectations of belonging—and what will be sacrificed to achieve it.”

“Byron Hurt is one of the most courageous filmmakers of our time, and his documentary HAZING should be required viewing by every high school and college student in the country. Violence within our fraternities, sororities, bands, and sports teams is not inevitable. But it takes a collective effort from organizations and members to solve the problem, and HAZING is the call to action we’ve needed to progress toward a solution.”

“HAZING isn’t simply about the profound harm that is perpetrated on victims and their loved ones. It’s also about the perpetrators, what motivates them, and bystanders, their indifference. It’s about the leaders who fail to offer a paradigm shift—either because they don’t know how or don’t have the will to do so—and the members who are content with such leadership. It’s about more than one fateful night, but rather about a systemic culture that spans space and time. HAZING offers this rich insight but also a glimmer of hope that change is possible.”

“HAZING is a powerful tool for Greek chapters, teams, and other organizations to frame why hazing cultures must change and how to begin those difficult conversations. Byron Hurt courageously shares his experiences and takes the viewer on a harrowing journey with hazing survivors and grieving families to examine the true cost of these brutal rituals. This important documentary illustrates the enduring impact and emotional scars carried by those who are hazed, and those who inflict hazing, long after physical damage heals.”

“Powerful. Truthful. Challenging. Honest. Real. … Byron Hurt compels the legal system, education leaders, and fraternal organizations to stop hiding and take real action to break the code of silence so that another family doesn’t lose their loved one as a victim of hazing.”

“As both a sociologist and fraternity member, I recognize the systemic causes, practices, and ideologies portrayed in Byron Hurt’s film. HAZING directly confronts the hypocrisy of Greek-letter organizations that proclaim virtue, yet practice violence.  Watch HAZING to understand why one or the other will become either our hallmark or our headstone.”

- Dr. Matthew W. Hughey | Professor of Sociology at the University of Connecticut and co-author of A Pledge with Purpose: Black Sororities and Fraternities and the Fight for Equality

Byron Hurt is an award-winning filmmaker, activist, lecturer, and leader in the gender-violence prevention field. His highly acclaimed documentary “Hip-Hop: Beyond Beats & Rhymes” premiered at the Sundance Film Festival and was broadcast nationally on the PBS documentary series Independent Lens. His film “Soul Food Junkies”, which also aired nationally on PBS, won best documentary at several film festivals. In 2010, he hosted the Emmy-nominated television show “Reel Works with Byron Hurt”. In addition, Byron has over two decades of experience working with NCAA athletes, members of the U.S. military, fraternities, and everyday men and women throughout the world on bystander-based, gender-violence prevention. His lectures on the topic focus on how hypermasculinity in popular culture normalizes male violence; how commonalities between race, class, and gender link oppression; how homophobia and transphobia make LGBT communities vulnerable to male violence; how positive male leadership and bystander intervention can end gender-based violence; and how to use cis male privilege to ally with women and girls to redefine masculinity and promote healthy relationships. Byron also serves as an adjunct professor at Columbia University, was a filmmaker-in-residence at American University, and has been featured in leading media outlets from The New York Times, The Washington Post, The Wall Street Journal, and The Source to CNN, MSNBC, NPR, BET, and ABC World News Tonight. 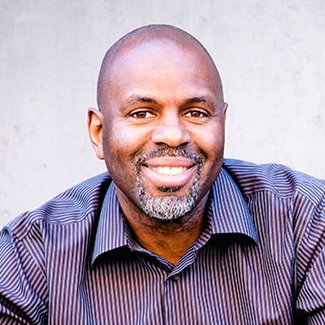 MacArthur “Genius” Fellow Stanley Nelson is the foremost chronicler of the African American experience working in nonfiction film today. He has received numerous honors over the course of his career, including the 2016 Lifetime Achievement Award from the National Academy of Television Arts Sciences, the National Medal in the Humanities presented by President Obama, and multiple Emmys. Nelson was awarded a Peabody for his body of work in 2016. His latest documentary “Attica” (Showtime Documentary Films) was nominated for Best Documentary Feature at the 94th Academy Awards® and earned him the DGA Award for Outstanding Directorial Achievement in Documentary. In 2021, Nelson also directed the feature film “Crack: Cocaine, Corruption & Conspiracy” (Netflix), which was a 2022 duPont-Columbia Awards Finalist, and “Tulsa Burning: The 1921 Race Massacre” (with co-director Marco Williams, for The History Channel), which was nominated for three Primetime Emmy® Awards. Nelson’s feature for American Masters, “Miles Davis: Birth of the Cool”, premiered at the Sundance Film Festival in 2019, marking his tenth premiere at the prestigious festival – the most premieres of any documentary filmmaker. The film also won two Emmy® Awards and was nominated for Best Music Film at the 62nd Grammy Awards. His film “The Black Panthers: Vanguard of the Revolution” won the 2016 NAACP Image Award.

Two of Nelson’s previous films, “Freedom Riders” (three Primetime Emmy® Awards and included in the National Film Registry by the Library of Congress) and “Freedom Summer” (Peabody Award), took a fresh look at multiracial efforts to register Black voters and desegregate public transportation facilities in the Jim Crow South. His film “The Murder of Emmett Till” uncovered new eyewitnesses to the crime and helped prompt the U.S. Department of Justice to reopen the case.

Nelson is the co-founder of Firelight Media, a non-profit organization whose Documentary Lab has helped to launch the careers of more than 100 filmmakers of color, as well as Firelight Films, a production company that produces nonfiction films by and about communities of color. Regina K. Scully is the Founder and CEO of Artemis Rising Foundation, an organization dedicated to transforming our culture through media, arts, and education. She has produced over 200 documentary films focused on some of the most pressing social justice issues of our time—gender-parity, the achievement gap, and trauma recovery. Scully is an Emmy and Peabody Award-winning and Academy-nominated producer. Her films include Miss Representation (2010), The Invisible War (2012), Anita: Speaking Truth To Power (2013), FED UP (2014), The Hunting Ground (2015), Newtown (2016), Eagle Huntress (2016), Dolores (2017), One Of Us (2017), Won’t You Be My Neighbor (2018), The Biggest Little Farm (2019), The Great Hack (2019), and This Changes Everything (2019). Scully is the Founding Sponsor of the Athena Film Festival (NYC), which highlights women in filmmaking. She is also the co-founder of Making Waves, a public charter school in Northern California, serving low-income students to develop the knowledge, skills, and values necessary to pursue a life of opportunity and purpose.

Natalie Bullock Brown is an Emmy nominated film and television producer. She has produced videos documenting the 50th anniversary commemorations of the civil rights hallmark, Freedom Summer, and the Student Non-Violent Coordinating Committee (SNCC). She was an associate producer on Ken Burns’ 10 part series, “JAZZ”, and is producer/director of her first feature length documentary “baartman, Beyoncé & me”. She is an assistant teaching professor in interdisciplinary studies at North Carolina State University, a 2021 Rockwood Institute JustFilms Fellow, and a proud member of the Documentary Accountability Working Group. Denise A. Greene is an Emmy and Peabody award-winner who most recently joined forces with the groundbreaking production team, TNEG, as a consulting producer on “Children of the Revolution: Growing Up on the Fringe”. Previously, Denise helped to launch Orlando Bagwell’s company, Lakehouse, with its inaugural projects “NY Times-Op Doc: When Music Turns Deadly”, and the feature-length documentary, “Pieces of a Man (wt)”. 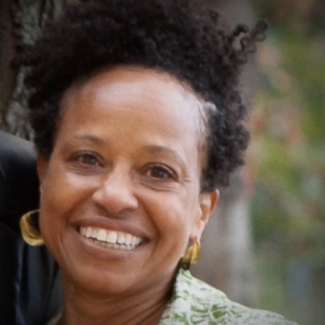 Cinque Northern is a multi-talented filmmaker selected as one of Filmmaker Magazine’s twenty-five New Faces of Independent Film. HIs character driven films have received numerous awards and earned recognition in over a dozen film festivals including The Hamptons, Urban World, and the Santa Barbara Film Festival. 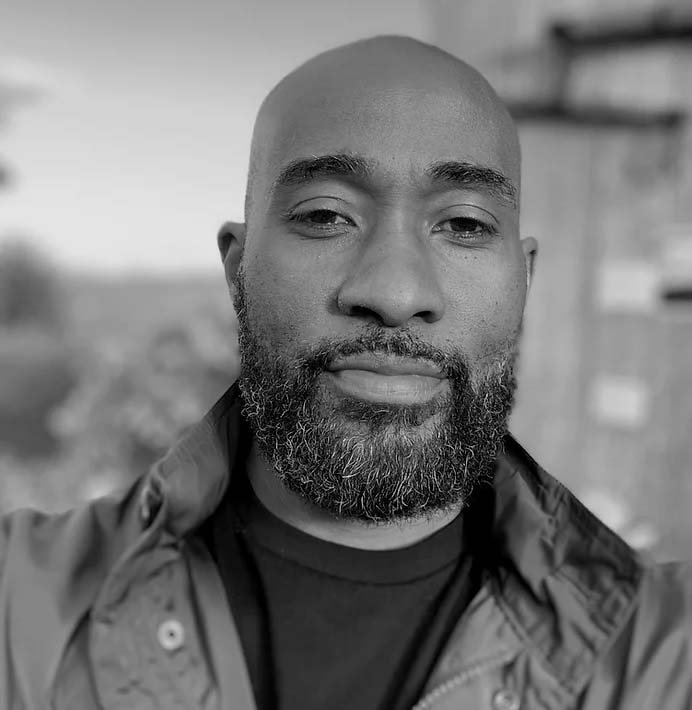 Jessica Lee Salas is a documentary editor whose credits include: “Nailed It”, a Firelight Media fellowship project; and “The Loving Generation”, a digital doc series for Topic.com. For over five years she produced and edited news features for the PBS NewsHour and has contributed to several films as an associate or assistant editor including “Decade of Fire,” “ACORN and the Firestorm,” and “The Prep School Negro”. In 2018 Jessica was selected for the inaugural Karen Schmeer Diversity in the Edit Room Program. 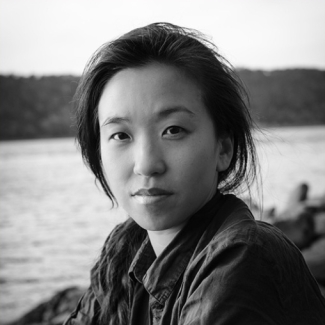 Bill Winters is a two time Emmy Award-winning Director of Photography.. He is known for creating the look of “Comedians in Cars Getting Coffee“ for Jerry Seinfeld, his camerawork for “Hamilton” on Disney+ which won him a Prime Time Creative Arts Emmy Award, several Netflix documentaries including the #1 Netflix show “Jeffrey Epstein: Filthy Rich”, frequent collaborations with Oscar nominated director Joe Berlinger such as “Conversations With A Killer: The Ted Bundy Tapes”, “The Oprah Winfrey Oscar Special”, and a multitude of projects for clients such as Apple, Microsoft, Samsung, Vanity Fair, Twitter, IBM, National Geographic, Discovery, and many more. Other notable projects Bill has worked on include “Vanity Fair: Hollywood Calling” ; “Being Mike Tyson” national commercials for Subaru, Febreze, Twitter, IBM, Samsung, Sony, Electronic Arts, National Geographic, Fox, Discovery Channel, and many more. He operated on “Justin Timberlake and the Tennessee Kids” directed by the late Jonathan Demme; “Metallica: Some Kind of Monster” and others. He shot Byron Hurt’s award winning documentary, “Hip-Hop: Beyond Beats & Rhymes”, which premiered at the Sundance Film Festival, and “Soul Food Junkies.” 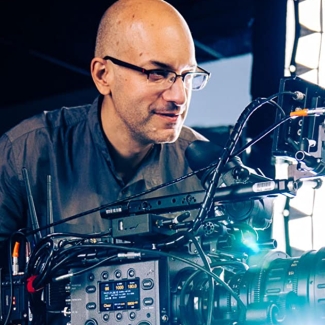 Wendell Hanes is an Emmy Award-winning TV and film composer, and owner of Volition Sound in New York City. He earned a Sports Emmy in 2021 and primetime Emmy consideration in 2020 as music composer and music supervisor for the Emmy nominated sitcom “Family Reunion.” He scored both “The Breonna Taylor Documentary” (Hulu) as well as “The Sit In: Harry Belafonte Hosts the Tonight Show”. Hanes also was honored to score Oscar nominated producer/director Lisa Cortes and Farah X’s six time award-winning documentary “The Remix: Hip Hop x Fashion” (Netflix) and Executive Producer James Cameron’s film “The Game Changers” (Netflix). Hanes produced and arranged ESPN’S flagship musical themes for Sportscenter, NFL Countdown, College Game Day, the NBA, the XFL and High Noon. With over 2,000 commercials, 35 films scored and another 30 music supervised, his work has been awarded numerous awards in advertising, including Clios, Cannes Lions, Effies, Addy’s, London international Awards, Andy’s, One Shows and Golden Award of Montreux’s. His company Volition Sound’s client include McDonalds, Pepsi, ABC, and HBO. Hanes’ strong team of Volition composers have had major placements in films Vicki Christina Barcelona and Get Rich or Die Tryin’ as well as records on albums for 50 Cent, Jay Z, Mary J Blige, Usher, and Beyonce. Hanes has worked on projects for rappers Lil Wayne, Drake, Future, Nikki Minaj and Yo Gotti. Hanes has scored documentaries such as “Harry Benson: Shoot First”, “Hilleman: A Perilous Quest to Save the World’s Children”, and “Crazy About Tiffany’s”. He has written and produced over 20 songs for the sitcom “Family Reunion” (Netflix) and produced singles for three time Grammy nominated artists Raheem Devaugn, Mya, Blacksheep, Q Tip, The Beatnuts, and Brand Nubian. 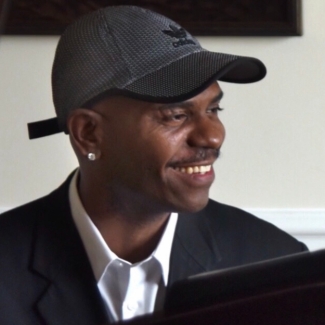