According to the latest Nielsen numbers, Byron Hurt’s acclaimed new documentary HAZING over-performed on PBS during its television broadcast premiere and is also exceeding the network’s streaming averages.

HAZING reached 1,427,914 million cumulative television viewers during its broadcast premiere on PBS and has garnered more than double the average monthly number of streams on the PBS website and app, with 68,421 total streams to date. The numbers were especially striking given diminishing ratings for traditional appointment television and the explosion of other streaming content choices.

“I’m so thankful for EVERYONE who took the time to watch the television premiere of HAZING on PBS, who streamed the film on their devices, and who helped to spread the word about the film,” Hurt said in a statement. “I appreciate you more than you will ever know, and your support means everything to me and my team.”

HAZING has been winning praise from educators and professionals in the violence-prevention and health fields for its unflinching, yet empathetic, look inside the culture, tradition, and secrecy surrounding hazing rituals in fraternities and sororities, sports teams, marching bands, the military, and beyond.

If you’re an educator, activist, or community organizer interested in using HAZING in your own work, you can order the film now for educational use on campuses and in classrooms, or sign up to host a screening here. 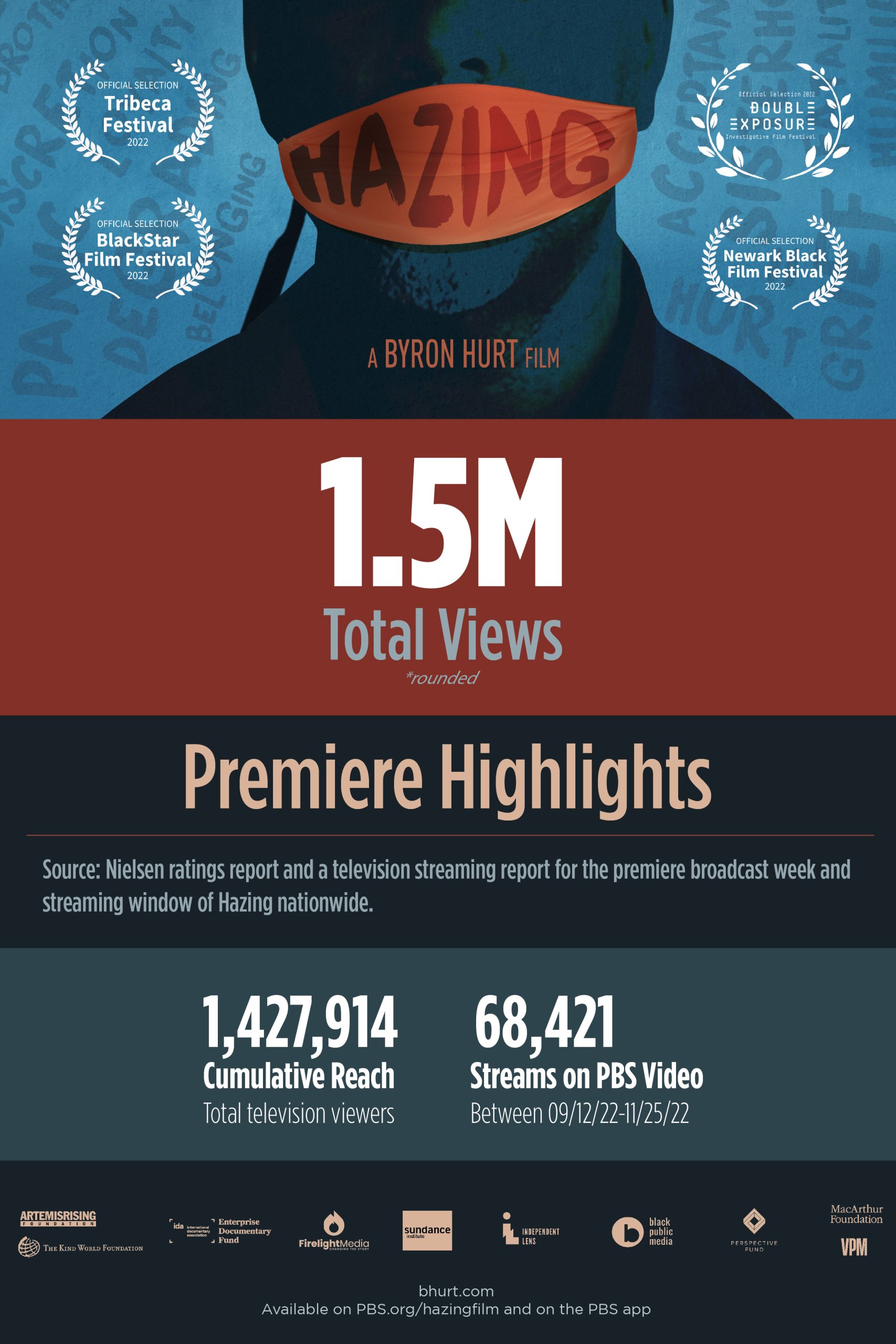